Infinite Earth was the 2013 iteration of the annual Emerging Artists exhibition produced by VSA and Volkswagen Group of America highlighting young artists with disabilities. A second successive exhibition design for VSA, I was able to continue the formatting and templates developed for Sustaining/Creating while pushing boundaries a bit further with increased graphic elements. Ultimately the project’s collaterals and production were a major success, regardless of the rounds of iterations, review processes and odd, unforeseen circumstances that would occur with any project of large-scale. 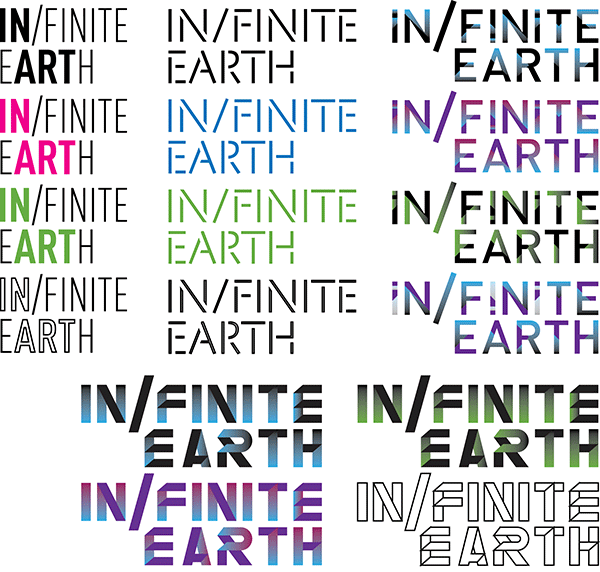 The logos above are a sampling of the many exploratory variations that were developed for the Infinite Earth exhibit for VSA and Volkswagen Group of America. The logo and theme were developed based off of discussion and interviews with VSA and Volkswagen defining the concept behind the name itself. From feedback through Kennedy Center it was determined that the logo should be less graphic (compared to Sustaining/Creating) and more text based – a logotype, if anything. The initial final logo that was selected is displayed at the left: a reserved emphasis on IN and ART in the wording. 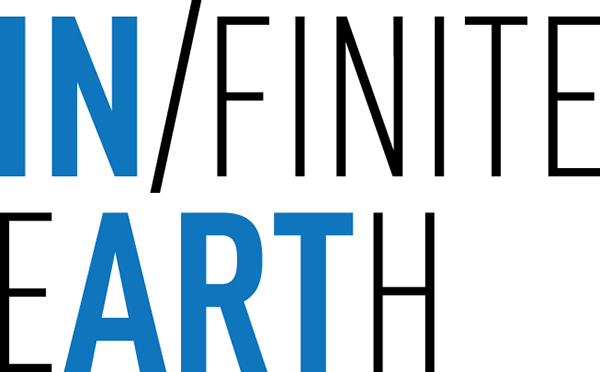 The logo above is the final developed and selected logo for the Infinite Earth Exhibit for VSA and Volkswagen Group of America, utilizing the ‘blue’ tone from Volkswagon’s marketing campaign.

The timeline of the overall exhibit involved an initial call for art several months before any further collateral would be even conceived for the project. The Call for Art postcard was also under pressing deadlines: immediately following the announcement of the exhibition by VSA/Volkswagen, schools throughout the country were approaching the end of their academic years. It was necessary and vital to have these postcards in the hands of potential applicants, instructors, and on the table tops of any local resources as soon as possible. Production and mailing of these cards took place in Washington, D.C. as it was not necessary to engage in a full press check in this instance. Ultimately, as described in the logo section, a new logo was developed in between the Call for Art postcards and the Opening Invitations. 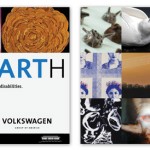 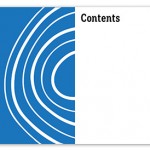 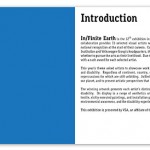 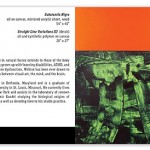 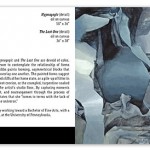 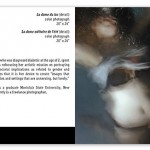 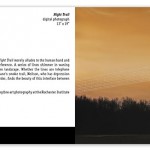 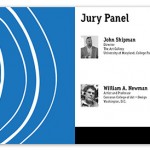 The exhibition catalogue was printed locally, allowing for a hardcopy press check and working with the printer directly to ensure quality of production per the design specifications. The final dimensions are 9" width by 6" height in closed form. The front cover displays an arrangement of the top finalists of the exhibition, with a larger arrangement of all artists featured on the back cover and the exhibition postcard. This was a small, but pleasant, shift away from the Kennedy Center’s past exhibits in which only one artwork would be displayed in full on the cover (the highest placed award winner). The design intentions in this process were well received as VSA convinced the Kennedy Center that this new move would give greater recognition to the collective strengths of all the artists in the show rather than highlighting only one beyond all others.