Installation in SCI-Arc’s “Main Space” prior to an announced “All School Discussion.” 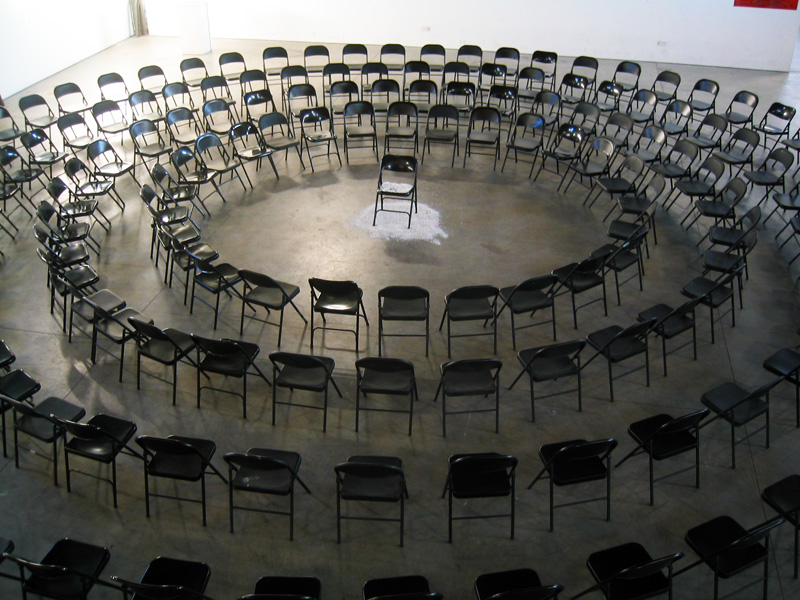 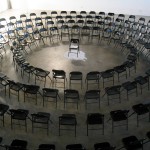 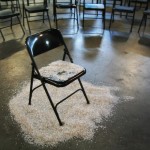 A meeting was called by the head of the school in response to growing tensions and frustrations by both students and instructors over the direction in which the school was being taken and managed. Typically the head of the school, Eric Owen Moss, would stand at a pulpit before the assembled crowd, give a speech and leave immediately, allowing for little discussion. The installation gives reference to the necessity of the situation: the speaker is part of the institution, not removed from it, nor granted immunity from dialogue, and the crowd needs to take what is said with large grains of salt (snow-melting sized salt).